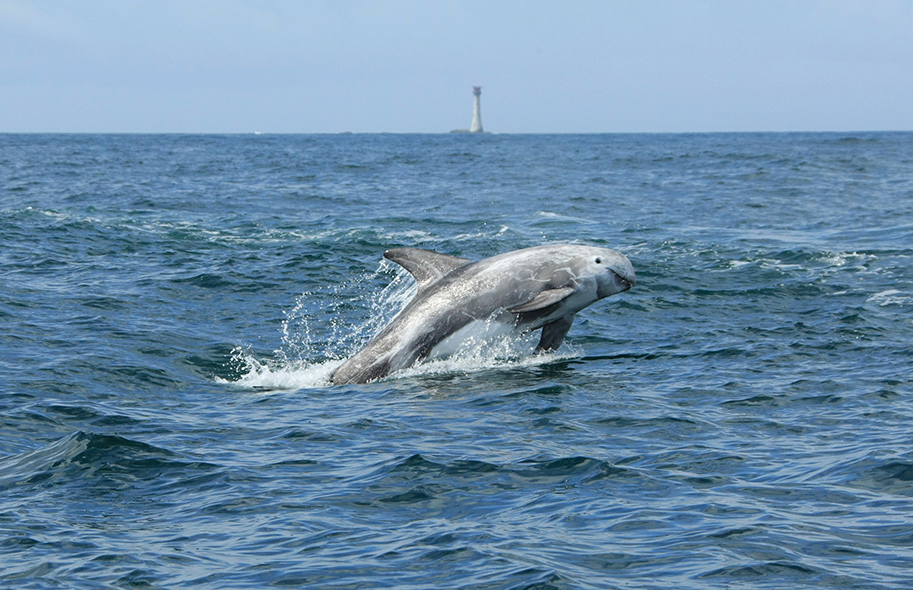 September 2010 whale and dolphin sightings  21st Sept    2 pods of common dolphins, lots of seals and gannets    18th Sept    Plenty of Common Dolphin around and a sighting of a Rissos Dolphin possibly two, one of them was too far away to confirm, lots of activity with the Gannets on Grassholm as usual, lots of atlantic grey seals 9th Sept      Common Dolphin seen throughout the trip and as usual Grassholm Island gannets putting on a spectacular display 3rd Sept      Couple of pods of common dolphins about 20 to 30 per pod and an Arctic Skua just off the Smalls Lighthouse and lots of common seals 2nd Sept      lots of common dolphins, Grassholm Island had a lot of activity with gannets diving just off the island 2nd Sept      100′s of dolphins everywhere, large feeding frenzie of diving gannets, a sun fish and lots of seals 1st Sept       Common dolphins throughout the trip, porpoise, lots of seals and pups