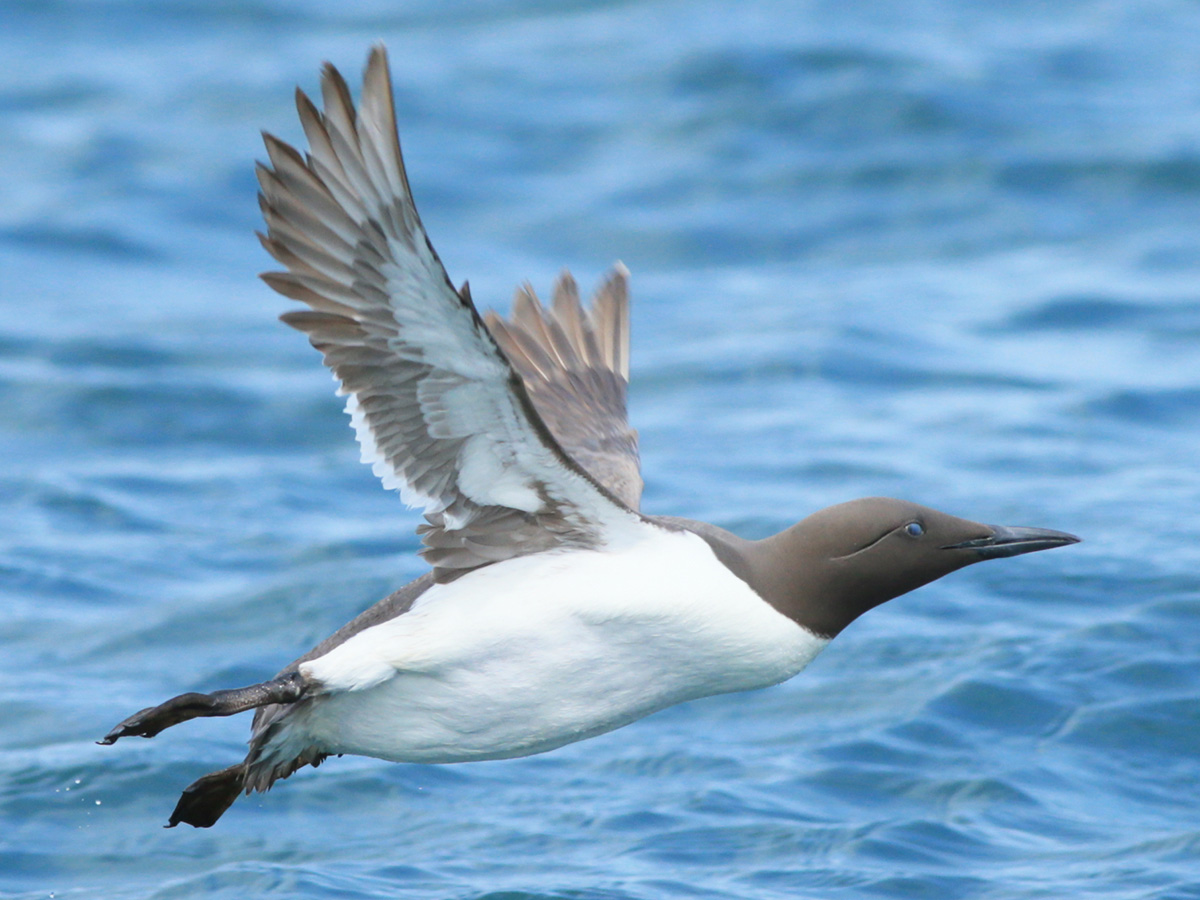 GRASSHOLM  – You might think of Grassholm as just a noisy, smelly mass of gannets with little room for much else. But since 2005  78 species of birds have been recorded on or around the island. Some like guillemot, rock pipit and storm petrel breed alongside the gannets, but many drop in as migrants. The latest editions to the list are Kestrel and Melodious Warbler, both in the last week.

SEAL PUPS – The ever earlier seal pupping season is well underway. We now have pups on all the usual pupping beaches including Porth Lleuog, Thomas Williams and Aber Mawr. There are also a large number of pregnant females laying in the water just off the beaches,.  A new beach site has formed in the entrance to Ogof Organ following the massive rock fall there two winters ago.