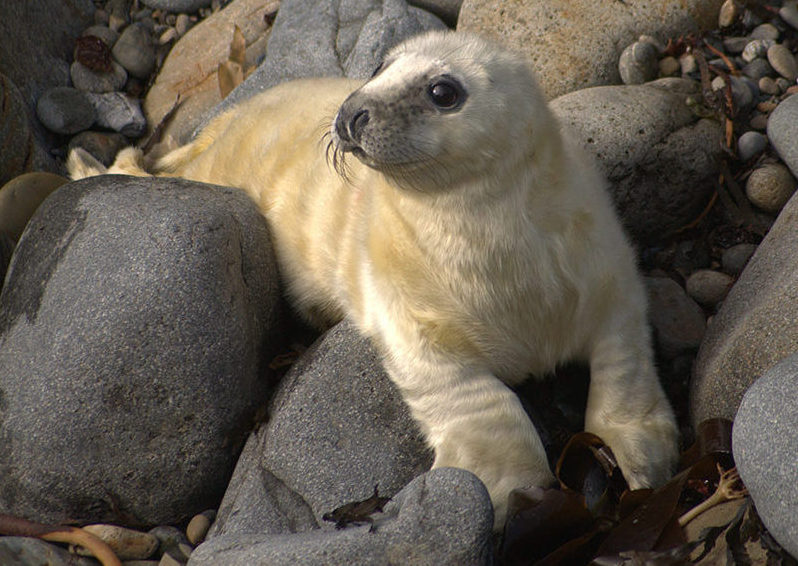 Seal pupping season is well underway on the island with 72 pups on our monitored beaches already. Ramsey has the largest colony of Atlantic grey seal in Southern Britain and between 500 and 700 pups are born here every year on the beaches and in the caves. Grey seals pupping season starts in mid August and ends in early November, peaking in mid September, During this time Lisa, Greg and I will monitor nine beaches every three days to get an idea of how the population is doing.

Pups are fed by the female for 16-18 days and during this time they put on 2kg per day, by the time they are 3 weeks old pups weigh 45kg, lose their white fur and are independent. Females come into season around two weeks after giving birth therefore males are fighting to hold their territories to ensure they get to mate as many females as possible. Some of the largest males can weigh 250kg so the fights can be pretty impressive! The males who haven’t managed to get a territory come and hang out on a beach we call the Bachelor Pad, at low tide there can be over 100 animals hauled out here.