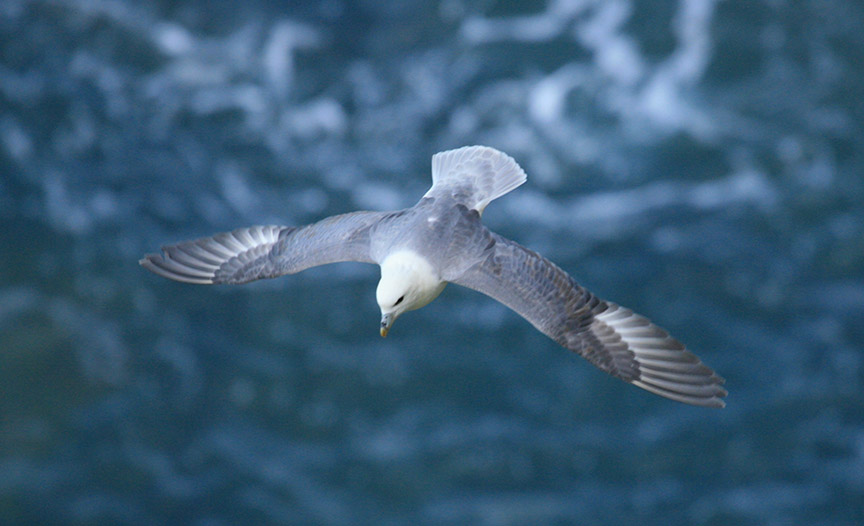 January – February sightings on Ramsey Island – Greg and Lisa Morgan,  Wardens
Quiet as you might expect for the RSPB Nature Reserve of Ramsey Island. Highlights being a single jack snipe (30/1), single mistle thrush (12/2), a collared dove on 2 dates in Feb (becoming less common out here), a woodcock (11/2) and the first gannets of the year seen offshore on 14/2 (although local reports suggest they were back much earlier than this). Lapwing numbered around 10 birds by the end of Feb but hard to tell if these were our birds or still hanging on from winter. A single bird was displaying for the first time on 26/2. Chough numbers were quiet low in January (max 9) but built to over 20 birds (max flock 16) by the end Feb. Curlew, normally a regular winter visitor of up to 100 birds, were noticeable by their absence with just one record of a single bird in mid Jan. Skylarks were singing for the first time on 26/2 and made it feel like spring was around the corner. Stonechat numbers are low again after their big decline following last year’s cold winter. This winter won’t have helped and we only saw a max of 5 birds but typically just one or two. Ravens began nest building in early February and a flock of 22 were seen to come in from the mainland on 26/1. Fulmar were present on ledges on most days in both months (and some nights) with guillemots present on breeding ledges on several dates through the period. Special mention must go to a pair of blue and great tits that have been ever present in our garden all winter. They obviously received a helping hand from us but still found enough food for themselves while we were off the island for a month at the beginning of winter during the very cold spell. Grey seal haul out peaked at 167 and a peacock butterfly was logged on 26/2.